Make sure to bury your son at home and keep Chioma close by: 50 year old tells Davido

An unidentified user on Tiktok has advised Davido to bury his deceased son David Ifeanyi Adeleke Jr. in their house.

The woman, who goes by the name Gloriaamegbor and claims to be a widow, begged the musician and his baby’s mom, Chioma, to take her suggestion so they may pay tribute to their son’s memory with flowers during his funeral.

In addition to that, she also persuaded the parents to come to the funeral of their son with the rest of the family.

She iterated as follows:

“Davido, I’m a 50 years grown-ass woman. I want to advise you, look at me sexy, look at me, I got it all. Davido I wanna advise you.

“If they bring all their kids, their kids will know that that boy is still the next king. Make your boy proud. Bury him.

Bury your son, don’t allow anybody. only you and your family to bury that boy don’t even make it public.

“Don’t let people know that you buried your son. Let them talk whatever they want to talk about because you’ve given it all.

You showed him that you love him, the innocent soul is gone but I’m telling you, you and Chioma, don’t leave Chioma.

“Now make Chioma to born boy a lot. now get Chioma pregnant. I know by this time your d*ck cannot even rise.

Chioma p**** self cannot be wet if you like go look for somebody make e carry your pikin for you I dey tell you. I’m a 50 years old woman” she added. 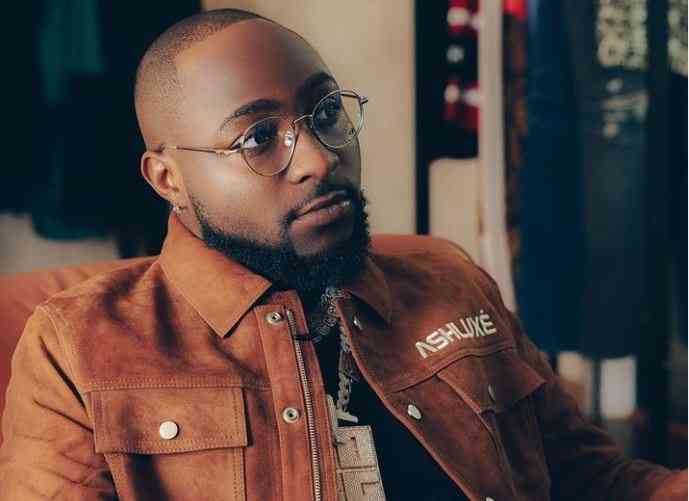 David Adedeji Adeleke, better known by his stage name Davido, is a Nigerian singer, songwriter, and record producer who was born on November 21, 1992.

Davido released “Dami Duro,” the second single from his debut studio album Omo Baba Olowo, in 2012 and went on to win the Next Rated Award at The Headies (2012).

He recorded several successful singles between 2013 and 2015, and in January 2016, he agreed to a record deal with Sony Music.

He subsequently established the record company Davido Music Worldwide (DMW), which has signed artists like Mayorkun, Liya, Peruzzi, and Dremo.

See This: Kanye West Claims He’s Been ‘Beat To A Pulp’ After Losing $1 Billion In Deals