A Twitter user has made a salacious offer to billionaire heiress, Ifeoluwa Florence Otedola aka Cuppy.

Cuppy, who is still single and clocks 30 by November, has been the object of fascination for lots of single Nigerian men who have made moves to win her heart one way or another.

Lots of unsolicited advices are constantly lobbed her way by cybercitizens as they urge her to get married since her younger sister, Temi has already gotten engaged.

An unabashed Twitter user, identified as Pultovibx has now boldly and publicly offered to bed her.

The billionaire heiress who found his remark unpleasant and direct has reacted with revulsion.

See their exchange below: 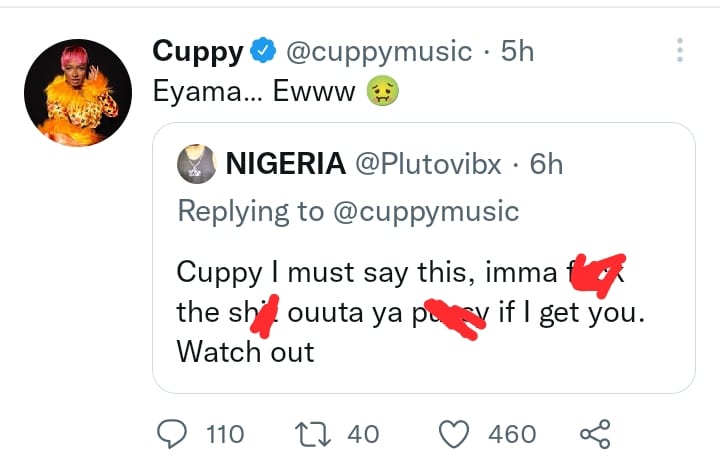 Showbizkiller Jan 31, 2023
American actor, Jaafar Jackson, will be playing the role of his uncle and legendary popstar, Michael Jackson, in…

How tanks from Germany, US and UK could change the Ukraine war