A poll centered on popularity was organized for the two celebrities after a Twitter user, @Imoteda claimed it is weird for people to think that football players are “crazily popular”.

The Twitter user also insinuated that Beyonce is more popular than football players. She tweeted;

The tweet got the attention of many football fans. While many countered the claim, another Twitter user organized a poll between Chioma Jesus and Beyonce with the caption “who is more popular”. 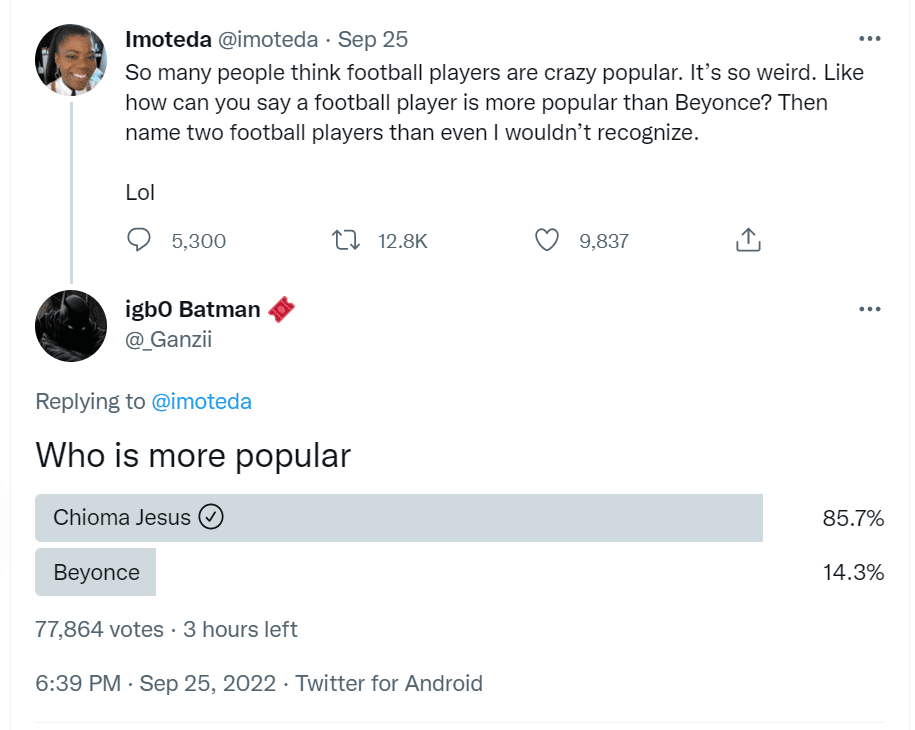